President Donald Trump is trying, and failing, to steal the 2020 presidential election won by Democratic rival Joe Biden by pressuring Republican state and local officials in states Biden won to override the will of the people, block the certification of their state’s election results and name Trump the winner.

This is only possible because of the Electoral College.

In 2016, the Electoral College allowed Trump to win the presidency in spite of losing the popular vote by nearly 3 million votes. Now Trump is attempting to use the system for a scheme to overturn his loss in the electoral vote and attack the bedrock of American democracy, the peaceful transfer of power.

The 2020 presidential election is not remotely close in the national popular vote. Biden leads Trump by nearly 6 million votes, or 3.8 percentage points. That percentage margin is the same as President Barack Obama’s 2012 reelection victory and is expected to grow further as hundreds of thousands of mail-in ballots in New York are counted.

The Constitution requires that the president be elected by a majority vote in the Electoral College, which awards 535 electors to states based on their number of members of Congress and three to the District of Columbia. This means that presidential elections are often fought over just a small handful of swing states where both parties just so happen to be competitive.

That handful of states in 2020 included Arizona, Georgia and Wisconsin, where Biden won by a combined total of less than 50,000 votes. A reversal in those three states would have created a tie in the Electoral College, sending the election to the House of Representatives, where Trump would have prevailed even as Biden triumphed in the popular vote by millions. (The House votes by state, and Republicans control the majority of states in the chamber.)

If the election were simply a measure of popular support, it would not matter if Biden prevailed in these states. And that means that Trump would have no process to disrupt with his farcical claims of election fraud. He would also have no reason or ability to cajole, threaten or manipulate state and local officials to try to keep himself in office.

Instead, since we do have the Electoral College, Trump has abused his office in pursuit of ending American democratic elections by trying to force his officeholding co-partisans, from county elections board members to governors, to ignore the will of the people. 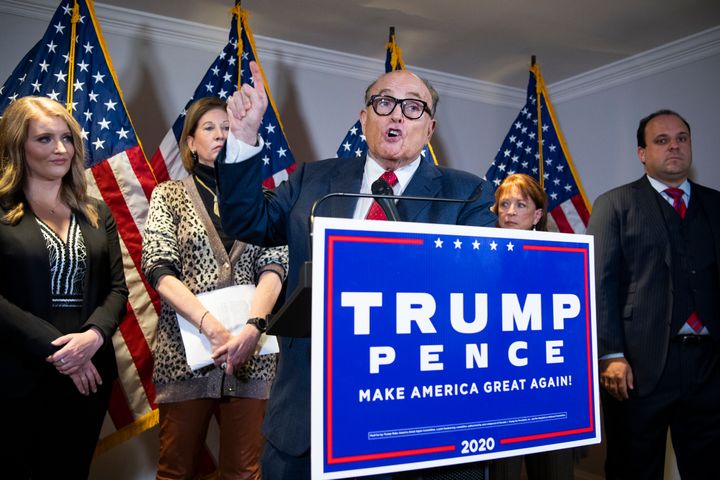 After two Republican officials in Wayne County, Michigan, initially refused to certify their county’s results before later reversing and certifying on Wednesday night, Trump called at least one of them to thank them for their effort. After his call, the two tried to take back their certification, but it was too late.

Instead, Trump summoned the two top Republicans in the state legislature to the White House to pressure them to hand him the state’s 16 electoral votes, even though he lost the state’s popular vote by nearly 145,000. This would not be legally possible, but it would not be happening at all were it not for the Electoral College.

Trump was also publicly pressuring Georgia Gov. Brian Kemp (R) to refuse to certify his state’s results despite a historic statewide hand recount showed Biden to have won by more than 12,000 votes. But Kemp announced the certification of the state’s 16 electors to Biden on Friday.

These actions have exposed how the Electoral College creates choke points where a demagogic actor seeking to reject an election outcome can lean on his fellow party members to change the outcome.

Members of local or state boards of canvassers can choose not to certify an election. A state legislature or the governor can then select a slate of electors that could go against the voters’ selection. A president seeking to undermine democracy could also file lawsuits to try to drag out the certification process until the Dec. 8 deadline to submit electors to Congress, as Trump is trying to do.

None of this would be possible if the country elected the president by a national popular vote. Or at the very least it would be nearly impossible.

States would still need to certify their popular vote result and confirm that it is accurate. But any attempt to stop the certification would need to occur in a state or collection of states that could change the final popular vote margin, not just in a few states that would change the number of electors. Just four elections have been decided by fewer than 1 million votes in the past 120 years.

In this election, Trump would have had to pressure Republicans in enough states to make up a 6 million (and growing) vote deficit to somehow change those numbers, not just overcome a 50,000 vote deficit to tip results in three states.

A large majority of Americans support getting rid of the Electoral College. None of the arguments in favor of keeping it ― that evade the “it helps my party win” argument ― holds water. Trump’s abuse of the Electoral College in pursuit of ending American democracy and installing himself as ruler provides a new reason to ditch it.

This was the third presidential election of the 21st century and the second straight to be disrupted by the Electoral College. Perhaps it’s time to treat all votes equally and let the people decide.