‘Everything is on the line’ during Georgia Senate runoffs: Sen. Loeffler

Sen. Kelly Loeffler, R-Ga., says a Republican-controlled Senate would be a ‘firewall against socialism.’

The stakes are high. You’re going to hear that a lot from now until January 5. But it’s the truth—the future of our country hangs in the balance.

I see these two Senate elections in Georgia through the eyes of someone who served 23 years in the Army Reserves and National Guard.

My military career began after coming home from an agriculture exchange program to socialist Ukraine. The first question I was asked during my visit: what’s it like to be an American? You see, there was no such thing as freedom and liberty in the Soviet Union. And these folks, they wanted to be free.

That reality made me appreciate in clear terms just how critical it is to defend the freedoms and liberties we enjoy, and often take for granted, as Americans. It started a fire in me to serve; to not just sit on the sidelines, but to fight to defend America and her way of life.

Right now, we’re at a critical crossroads in our great nation. The majority in the Senate is up for grabs and the choice could not be clearer.

Do we want the government to take control of our lives, to raise our taxes, and to fundamentally change our country? Or do we want to maintain our individual rights and liberty, keep more of our hard-earned dollars, and get Washington off our backs?

Georgia's two Republican Senators David Perdue and Kelly Loeffler are on the path of freedom, opportunity, and prosperity. They believe in the America I’ve fought for and they want to preserve this path. We need them in the Senate to push back on these radical far-left ideas. 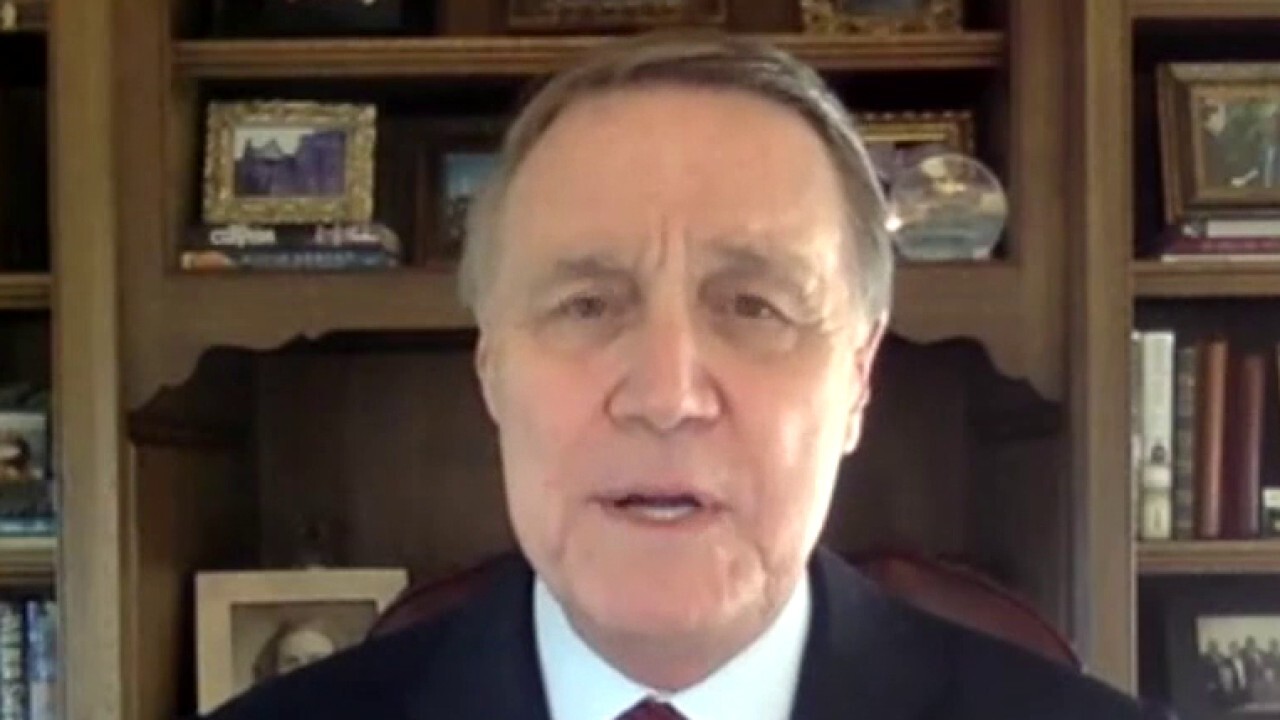 Sen. Chuck Schumer, D-N.Y., the Democratic leader in the Senate, has already said the quiet part out loud: “First, we take Georgia, and then we change America.” That’s exactly what will happen if we don’t hold the line in the Senate and re-elect David and Kelly.

I’ve had the opportunity to work closely with David. I know he deeply cares about Georgians and making sure the federal government doesn’t overstep or get in the way of opportunity and economic growth. He’s worked in international business and has seen the harmful effects of other forms of government, like Communist China.

Like me, David works across the aisle and has delivered bipartisan results for Georgians. We work together on the Senate Armed Services Committee to fight for our servicemembers, to get them the first pay raise in nearly a decade, and to help hold our adversaries, like China, accountable.

Kelly and I both grew up on a farm. We were 4-H girls. We both work on the Senate Agriculture Committee, fighting to make sure our farmers and producers aren’t stifled by Washington regulation and can continue feeding and fueling our world.

I was grateful to stand by Kelly’s side as she was sworn into the Senate by our Vice President, Mike Pence. Kelly truly is a wonderful role model for conservative women – proving that they can be successful not only in business but in elected office. We need her voice in the Senate.

On the other hand, David’s and Kelly’s radical, liberal opponents want to take this country in a very different direction. If given power in the Senate, Democrats will take the United States of America down a dark path…a path that could echo the socialism that I witnessed in Ukraine many years ago.

Our nation has always been a beacon of hope and freedom for people around this globe. And with David and Kelly in the Senate—with conservative leadership—we can continue to be.

Take it from this combat veteran: America is worth fighting for. So Georgians, I’m asking you to step up and fight. Help us hold the line in the Senate. Let’s keep America the greatest, freest nation on the face of the planet.