Parler CEO on surge in users after 2020 election: People are ‘tired’ of censorship

Parler CEO John Matze says the social media app has had a surge in users this year because people are "tired" of censorship by prominent Silicon Valley rivals.

TWITTER RIVAL PARLER IS IN THE POST-ELECTION SPOTLIGHT. HERE'S WHY

"Parler is, of course, about free speech and making people feel like they have a voice again, which is extremely necessary right now," Matze told "Fox & Friends" on Saturday. "But we're so much more than just free speech, too, because people also want freedom from the data manipulators. They want change in social media in general."

He continued: "People are tired. They're tired of what's going on over there." 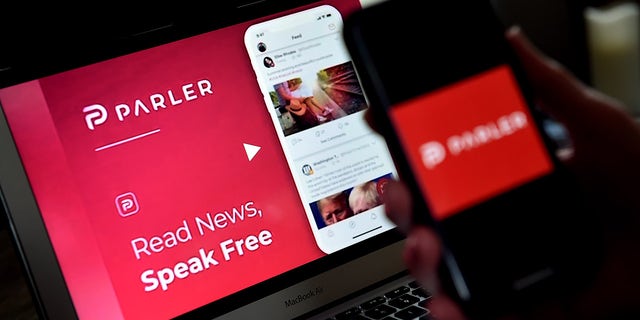 Parler became the No. 1 most-downloaded app on Apple's App Store during the week of Election Day and No. 2 on Google Play, according to app analytics company Apptopia.

"Parler started rising in downloads on Friday [Nov. 6]," Apptopia spokesperson Adam Blacker told FOX Business on Nov. 9. "They more than doubled week over week. Parler has been newly installed 312,199 times over the past [seven] days. The [seven] days before that, it was downloaded 150,117 times."

Republican frustration with dominant social media platforms escalated on and after Election Day when Facebook and Instagram began labeling posts from 2020 presidential candidates and Twitter began labeling or removing select tweets from Trump about voting and election results. 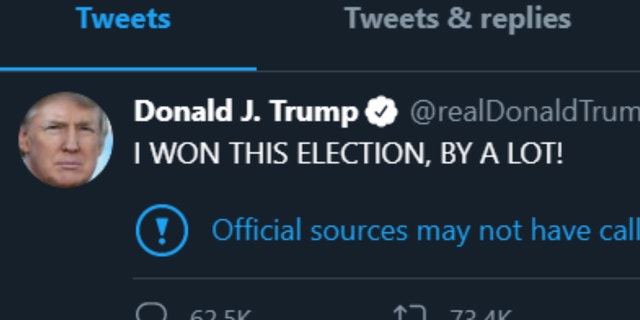 Facebook and Instagram have also added labels to posts from Trump and President-Elect Joe Biden with a label that reads, "Joe Biden is the projected winner of the 2020 U.S. Presidential Election. (Sources: Reuters/NEP/Edison, others.)"

Twitter has included a label on several tweets in which Trump declared he won that reads, "Official sources called this election differently." It links users to a page that states,"Joe Biden is the projected winner of the 2020 presidential election."

With 88.9 million followers, Trump is among Twitter's most widely tracked users as well as a prolific poster. Matze is "not sure" if Trump will join Parler but says he would "love to have him."

"Given how he's been treated at these other places, it'd probably be … a nice breath of fresh air for him," he said.