In recent US history, incumbent presidents have often enjoyed a significant boost in popularity while running for reelection.

This has not been the case for President Donald Trump. When Trump officially launched his reelection bid in June 2019, his approval rating was around 43%, according to Gallup. Trump's approval rating has barely fluctuated since then, with short-lived gains here and there.

Polling from Gallup in September and October shows Trump's approval rating fluctuated between 42% and 46%, averaging 44%.

For months, election polling has suggested Trump's chances of reelection have been dwindling during the economic recession and the president's disastrous response to the COVID-19 pandemic.

Trump is trailing former Vice President Joe Biden by a significant margin in the national polls.

The president is also behind Biden in crucial battleground states with large numbers of electoral votes such as Michigan, Wisconsin, Pennsylvania, and Florida, per FiveThirtyEight, all states he narrowly carried in his stunning upset win in 2016. 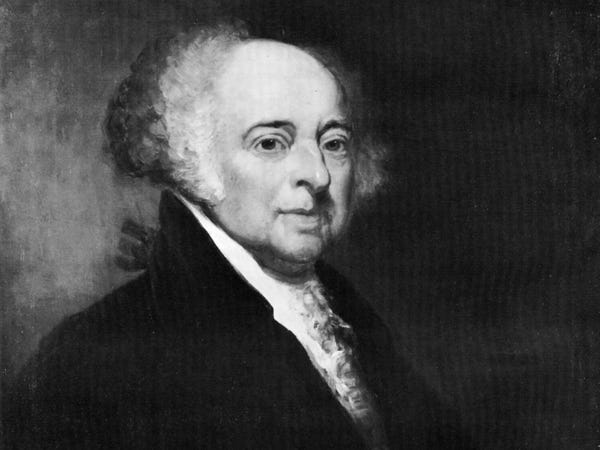 John Adams, the nation's first vice president and second president, failed to win a second term in the 1800 election.

Adams, a Federalist, was defeated by Thomas Jefferson, a Democratic-Republican.

The election marked the first peaceful transfer of power between members of two political parties. Though Adams wanted to remain president, he accepted the results of the election and stepped down, establishing an important precedent for the US. He did not attend Jefferson's inauguration.

Adams faced a foreign policy crisis with France during his presidency, known as the Qausi-War, and signed the controversial Alien and Sedition Acts. The acts, which gave the government broad authority to deport foreign-born residents and punish critics, are often cited as a major factor in Adam's loss in the election. 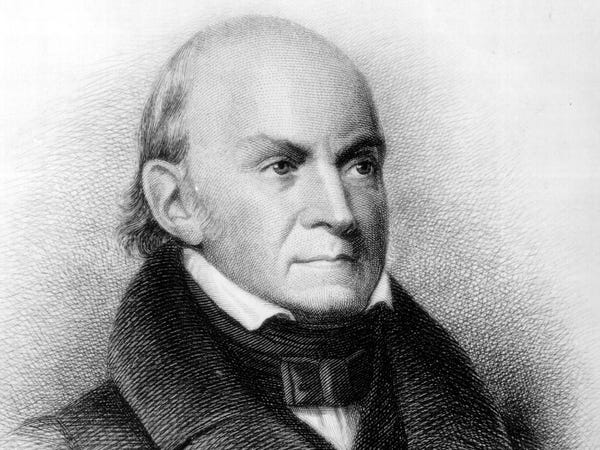 John Quincy Adams, the son of President John Adams, did not win reelection in 1828. He was defeated by Andrew Jackson.

Adams became president in 1824 despite Jackson receiving more electoral votes. No candidate had won a majority of the electoral votes, so the House of Representatives was left to decide. The House ultimately elected Adams.

Adams faced fierce opposition from Jacksonians (supporters of Jackson) in Congress while president, and had few major accomplishments during his tenure. He lost badly to Jackson in 1828.

His career in politics was far from over, however, and Adams would later serve as a congressman from 1831 to 1848. 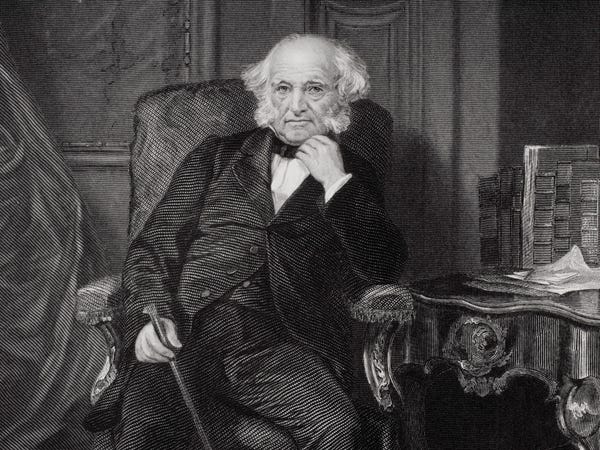 Van Buren's tenure was plagued from the start by a financial crisis, and his unpopularity was compounded by an expensive war with the Seminole Indians in Florida.

He lost by a landslide in 1840, with Harrison winning 234 electoral votes and Van Buren just 60. 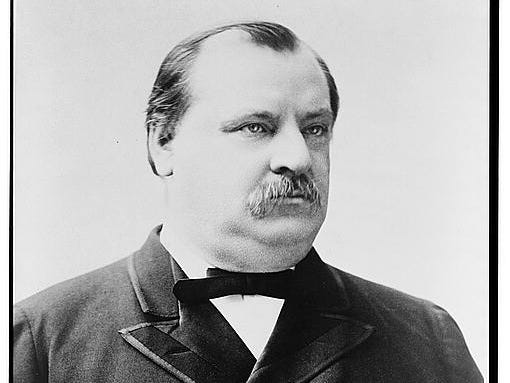 Grover Cleveland lost the election of 1888 to Benjamin Harrison.

But Cleveland ran for president again in 1892, defeating Harrison and winning another term. Cleveland is still counted among the incumbent presidents who won their party's nomination but lost their bid for reelection, however. 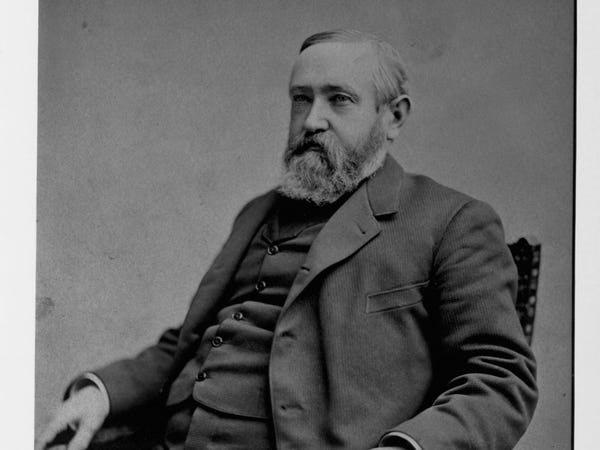 Benjamin Harrison defeated Grover Cleveland in the 1888 election, despite losing the popular vote.

Harrison would only serve one term, however, after losing to Cleveland in the 1892 election.

During his presidency, Harrison's support for tariffs drove up costs for consumers, which was unpopular. This, among other factors, contributed to Harrison's political demise. 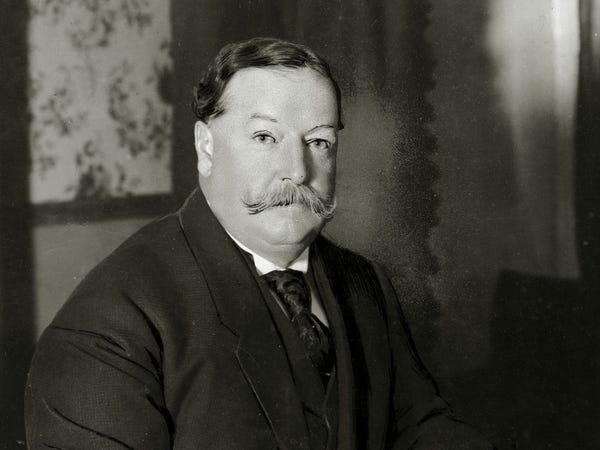 William Howard Taft was defeated by Woodrow Wilson in the 1912 election, joining the ranks of incumbent presidents who did not win reelection.

Taft, a Republican, was deeply unpopular and faced a divided party.

Though he'd been close with his predecessor, President Teddy Roosevelt, Taft's approach to policy drove them apart.

Roosevelt challenged Taft for the Republican party presidential nomination in 1912, but the former president ultimately lost to his successor and ran as a third-party candidate.

Taft suffered a humiliating defeat, earning less of the popular and electoral vote than both Wilson and Roosevelt. But his career in public service was not totally over, and Taft later went on to become Chief Justice of the US. 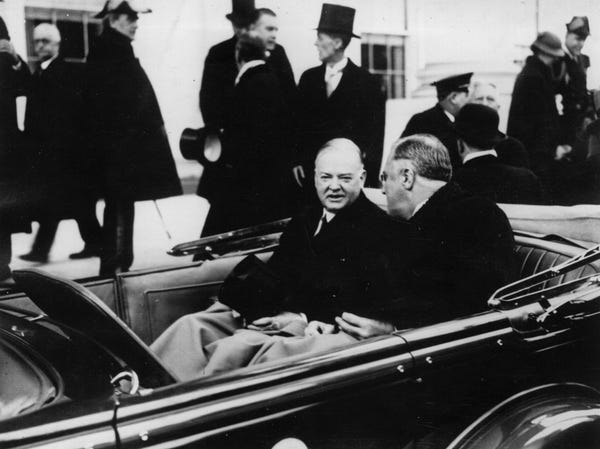 Herbert Hoover was defeated by Franklin D. Roosevelt in the 1932 election.

Hoover was president at the onset of the Great Depression, and failed to rise to the task of addressing the economic calamity. 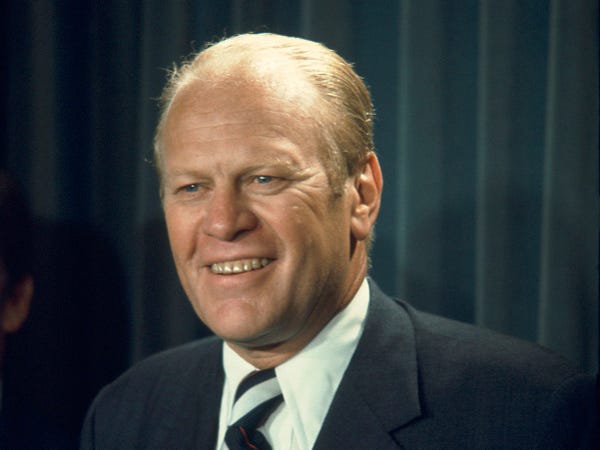 Gerald Ford lost the 1976 election to Jimmy Carter after coming to power during one of the most tumultuous decades of the 20th century for the US.

He became commander-in-chief after President Richard Nixon resigned while facing impeachment over the Watergate scandal. Ford was the first unelected president in US history.

Ford contended with an energy crisis and major economic woes during his short presidency. 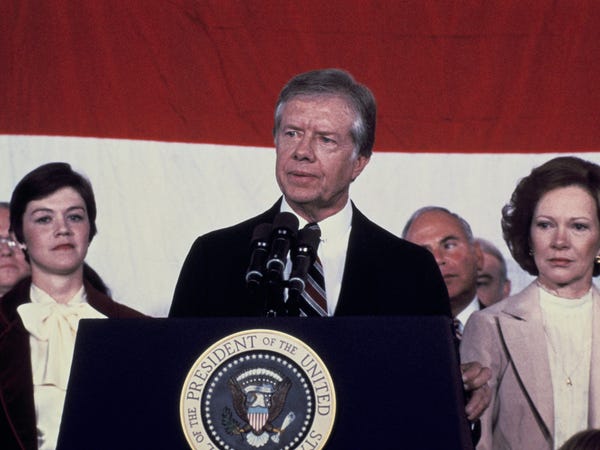 Jimmy Carter was defeated by Ronald Reagan in the 1980 election.

Carter, who'd come to Washington as an outsider after previously serving as governor of Georgia, struggled to get things done and his management of the economy made him deeply unpopular.

He also faced one of the biggest international crises for the US in the modern era: the Iranian hostage crisis. Dozens of hostages were taken by Iranian students at the US embassy in Tehran. The US launched a disastrous military operation meant to rescue the hostages in April 1980 that resulted in a helicopter crash and the deaths of eight service members.

The hostages were eventually released. The crisis lasted for 444 days, ending on January, 20, 1981, the same day Reagan was inaugurated.

Carter's handling of the hostage crisis is often cited as a major reason Reagan won an overwhelming victory in 1980.

Though he struggled as commander-in-chief, Carter has had a successful post-presidency and is widely admired. He was awarded the Nobel Peace Prize in 2002. 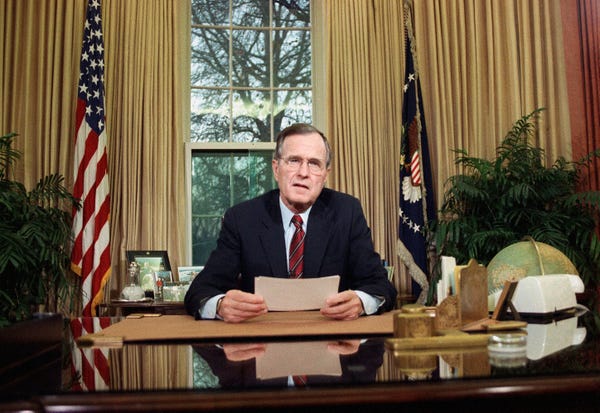 Bush, a war hero who was also a former vice president and ex-CIA director, struggled to overcome the energy of Clinton's campaign.

An economic downturn at the time was also at the heart of Bush's unsuccessful effort to win reelection. Despite guiding the US through tumultuous global events, such as the collapse of the Soviet Union, Bush was unable to garner the support necessary to overcome Clinton in the general election.

Bush is the most recent incumbent president who won his party's nomination but failed to win a second term.