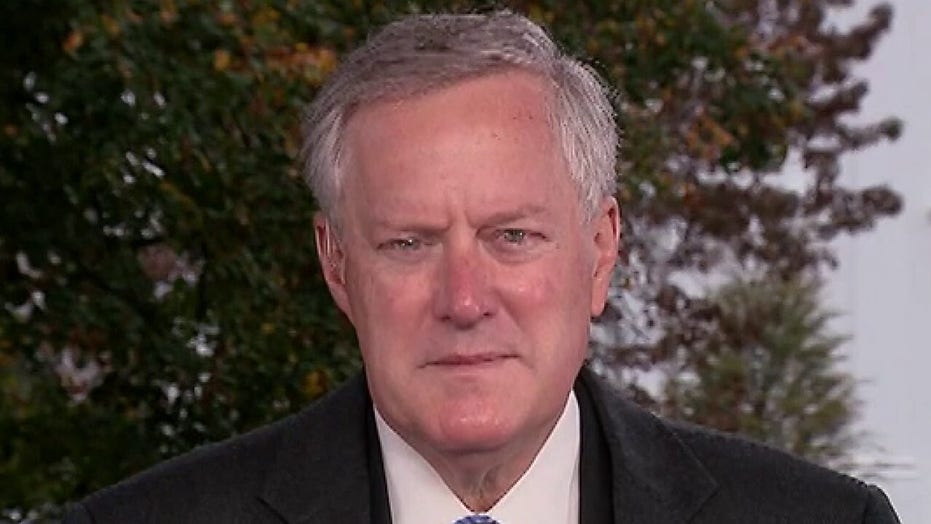 Mark Meadows: Trump wants to make sure US doesn’t get involved in endless wars

In an interview with Fox News' "Sunday Morning Futures," Meadows praised the Trump administration for leading the way to establish peace and stability in the region.

“Well, we will see more countries coming in. The president has been not only a leader but he’s been very proactive on trying to make sure that peace in the Middle East is really not just a dream but a reality," Meadows said.

The administration has already brokered peace agreements between Israel and the United Arab Emirates, Bahrain and Sudan. Meadows pointed out how surprising such progress would have seemed just a short time ago.

TRUMP NOTCHES STRING OF PEACE DEALS: WHAT TO KNOW

“If you had asked me even three years ago or even three months ago if we would have an agreement between Sudan and Israel I would not have put the odds at a great betting odd," Meadows said. He then added that he does not expect this to be the end.

"Three countries now where peace is on the way, more countries to come, as many as four to five additional countries perhaps entering into that," Meadows announced. "And so the great news is for all of Americans is we have the hope of finally having peace in the Middle East because of this president’s leadership.”

President Trump was particularly optimistic Friday, when he announced the deal between Israel and Sudan. He said that even Iran would "someday" normalize relations with Israel.

Trump also said that a deal between Israel and the Palestinian region may be on the horizon. "Palestinians, they're wanting to do something. "I'm sure that will get done, too."