Democratic Rep. Ilhan Omar., is projected to win reelection to her second term representing Minnesota in the House Tuesday.

Omar defeated Republican challenger Lacy Johnson, according to a projection by the Associated Press. 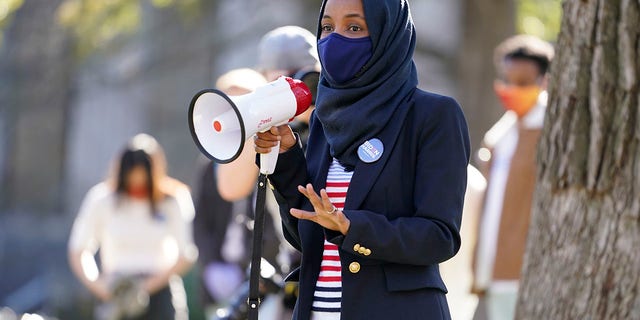 Omar, one of the 4 so-called “Squad” members, has been a frequent target of President Trump.

Omar was first elected during a blue wave in the 2018 midterms.

Omar came to the U.S. as a Somali immigrant when she was a child as was one of the first two Muslim women elected to congress.

Omar has also stirred controversy with remarks she has made in the past that were widely seen as anti-Semitic.

Last year, she said "It's all about the Benjamins baby," regarding fundraising for Israel. She later apologized.