This year, Maine becomes the first state to use ranked-choice voting in a presidential election. The voting system also will be used in the state’s closely watched Senate race, in which Republican Sen. Susan Collins faces the toughest reelection bid of her career.

The four-term incumbent has handily won reelection in years past, but this year she heads into Election Day in a virtual tie against Democratic challenger Sara Gideon, who has served as Maine’s state House speaker since 2016. Independents Lisa Savage and Max Linn are also vying for Collins’ seat, trailing significantly behind Collins and Gideon, according to recent polling.

Some election experts have said Maine’s ranked-choice voting system, approved by voters in 2016, could spell trouble for Collins.

The candidate with the fewest votes is eliminated, and voters who picked that candidate as their first choice will have their votes counted for their next choice. This process continues until a candidate wins more than half of the votes.

If a voter did not rank more than one candidate (they’re not required to), then the ballot becomes inactive and is not part of the final round of counting.

For instance, a candidate could receive a plurality ― more votes than any other candidate ― but not a majority of first-choice votes. This would trigger ranked-choice tabulation.

This scenario happened in Maine in 2018, when Republican Rep. Bruce Poloquin won about 46% of the first-choice votes on election night, but ended up losing to Democrat Jared Golden during subsequent ranked-choice rounds.

Poloquin contested the outcome. He filed a lawsuit seeking to have ranked-choice voting declared unconstitutional, but a judge denied his request. He also requested a recount, but eventually called it off.

Advocates of ranked-choice voting say the system gives candidates from outside the two major parties a fairer chance at winning, avoids so-called spoiler candidates who might splinter the vote, and ensures the candidate with the most overall support wins. Critics say the system adds to voter confusion.

It’s possible a candidate (most likely either Collins or Gideon) could win more than 50% of first-choice votes, rendering subsequent ranked-choice tabulation rounds unnecessary. In this scenario, a winner could be declared on election night.

If none of the candidates win a majority of first-choice votes, ranked-choice voting would kick in and election results could be delayed for several days.

Such a scenario is unlikely to produce a favorable outcome for Collins, Amy Fried, chair of the University of Maine’s political science department, predicted in an essay for Talking Points Memo published in August.

“By every normal metric, Collins’ standing has fallen,” Fried wrote. 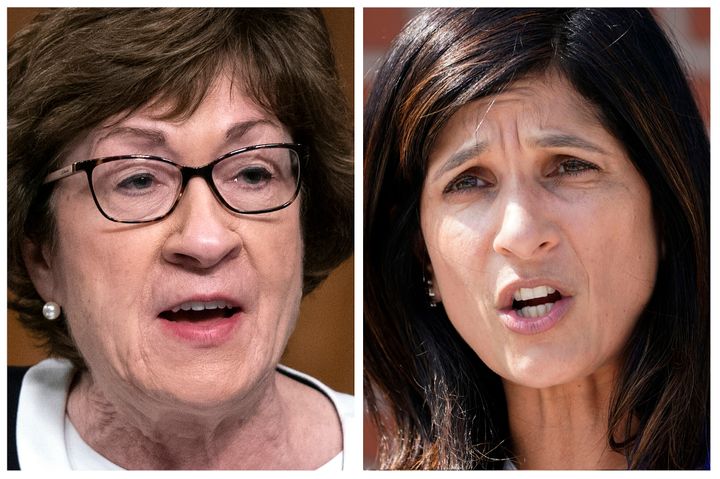 Though Collins has positioned herself as a pro-abortion choice moderate Republican, her voting record in recent years has drawn the ire of Democratic and liberal-minded Mainers. Her critical votes to pass President Donald Trump’s tax bill, confirm Brett Kavanaugh to the Supreme Court, and acquit Trump during his impeachment trial have faced especially intense scrutiny from many of her moderate constituents who previously supported her.

Savage, the most progressive candidate in the race, has actively encouraged her supporters to rank her first and Gideon second on their ballots in an effort to strengthen the chances of a Collins defeat.

But Fried suspected that Republicans are less likely to rank a candidate beyond their first choice. This means first-choice votes for Linn, who could win over conservatives as an outspoken Trump supporter, may not include second-choice votes for Collins, weakening her chances of winning a majority should ranked-choice voting kick in.

“So, as an incumbent whose approval ratings and reelect numbers are in the 40s at best, running against a Democrat and independent candidates whose supporters are unlikely to rank her second, Collins faces the task of winning majority support,” Fried wrote. “This challenge exists as she is being criticized by the Lincoln Project, her opponents and an array of grassroots organizations on her votes, on her weakness in confronting Trump … and on her straying from the Maine paradigm of independent, courageous political leadership.”

Trump has signaled he might contest the election results should Democratic presidential nominee Joe Biden be declared the winner. Progressive activists in Maine worry Collins and the state’s GOP will follow suit.

Winning Collins’ seat is key for Democrats seeking to gain control of the Senate, a victory Republicans are likely unwilling to concede without a fight.

Collins said during a debate last month that she wouldn’t contest the election results should she win a plurality of first-choice votes but lose in subsequent ranked-choice voting rounds, like Poloquin did in 2018.

“I would not,” Collins told the moderator when asked about potentially contesting the results. “Ranked-choice voting has been upheld twice by the courts in Maine. Those are the rules that we have to play by. I think a fair system would be a true runoff where everyone got to vote twice, but that’s not what we have in the state of Maine.”

But some progressives remain skeptical.

“I’m worried about Trump contesting the elections,” Marie Follayttar, executive director of Mainers for Accountable Leadership, told HuffPost last month. “Trump will likely declare victory on Election Day regardless of having all the votes in. Any complaints launched by the Trump campaign could trickle down and may impact the Senate race.” 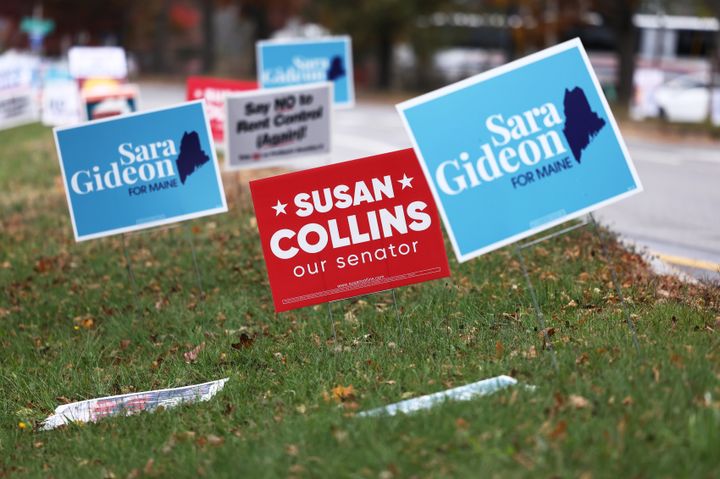 Follayttar said her staunchly progressive group is encouraging voters to rank Gideon first over Savage, the more progressive candidate, in an effort to give Gideon a clear win and avoid any potential legal battle brought by Collins.

“We’re thinking in our political calculus that we want strong wins for all candidates so that there can be no question,” said Follayttar. Progressives can and should vote for Gideon while continuing to push her to support policies like Medicare For All, Follayttar added.

“Ranked-choice voting is a cutting edge voter reform that can open up additional candidates running for office,” she said. “But this is a moment where we have a president publicly stating that he may attempt a power grab. That was not a worry that we anticipated when we put [ranked-choice voting] on the ballot.”

Fried said she too could imagine Republicans appealing the election results should Collins lose in ranked-choice voting, “especially if the Senate majority itself relies on what happens in this race.”

“And even though you would think ― based on these previous rulings ― that ranked-choice is secure, you just never know,” Fried said.