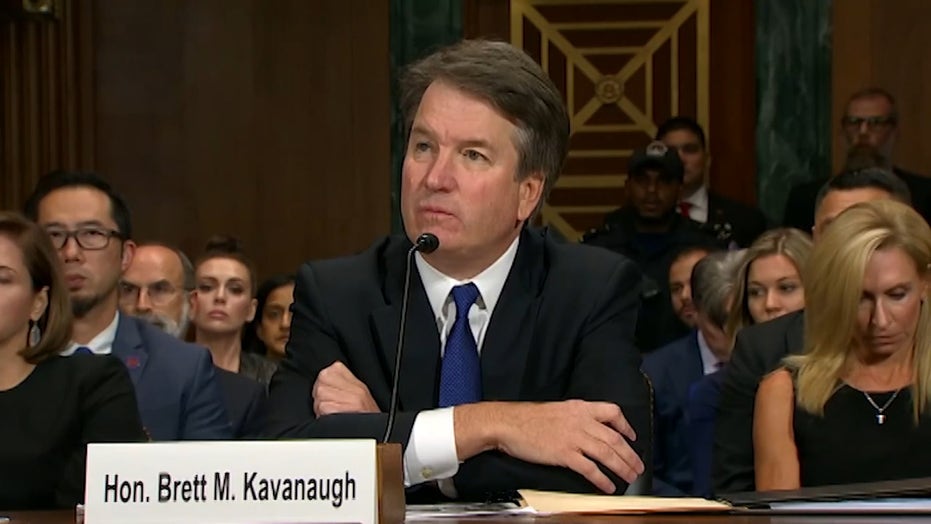 Democrats and their left-wing allies used unsubstantiated allegations of sexual assault to tarnish the reputation of a distinguished judge in a failed attempt to block his confirmation to the Supreme Court.&nbsp;

Ahead of the hearings for Judge Amy Coney Barrett’s Supreme Court nomination, which Senate Republicans are planning to start on Oct. 12, Fox Nation looks back at other Supreme Court confirmation hearings in the series “The Confirmation Chronicles.”

Senate Republicans aim to get President Trump’s nominee confirmed to the high court before Election Day in what’s expected to be a heated battle on Capitol Hill.

The confirmation of a Supreme Court Justice was once a time honored constitutional duty steeped in tradition and jurisprudence, but now it has become a bitter battleground of ideological dog fights, partisan lines and character assassination.

In the episode “Sham! Brett Kavanaugh and His Accusers,” available for viewing on Thursday, Fox Nation details Supreme Court Justice Brett Kavanaugh’s heated confirmation hearings and the allegations of sexual assault and misconduct that nearly derailed his nomination to the U.S. Supreme Court.

During the hearings, Sen. Lindsey Graham, R-S.C., let loose on his Democratic colleagues over what he called the "sham" hearing to probe sexual assault allegations against Kavanaugh, in a display that earned him praise from the White House and scorn from the left.

“Somebody had to intervene here because it was getting out of hand,” Graham said in the Fox Nation series as he recounted what happened during the Senate Judiciary Committee hearing.

Utah Republican Sen. Mike Lee, a member of the Senate Judiciary Committee, said, “I could tell he [Graham] was fired up and I could tell that something significant was about to happen. In fact I had sent a text to my family saying, ‘You might want to watch this, Lindsey Graham is about to speak.”

Graham blasted Democrats toward the end of the hearing with the Supreme Court nominee and accuser Christine Blasey Ford. She accused Kavanaugh of pinning her to a bed and attempting to remove her clothes during a house party in Maryland when they were both were high school students in the 1980s.

But Graham alleged the Democrats' handling was all about politics.

"This is the most unethical sham since I've been in politics,” a visibily angry Graham said from the dais while pointing at Democratic senators. “And if you really wanted to know the truth, you sure as hell wouldn't have done what you've done to this guy.”

Graham added: “Boy, y’all want power and I hope you don’t get it.”

Graham personally addressed Kavanaugh to apologize for the questioning of his high school yearbook comments and his beer drinking habits.

“If you’re looking for a fair process, you came to the wrong town at the wrong time,” Graham said. “This is hell.” 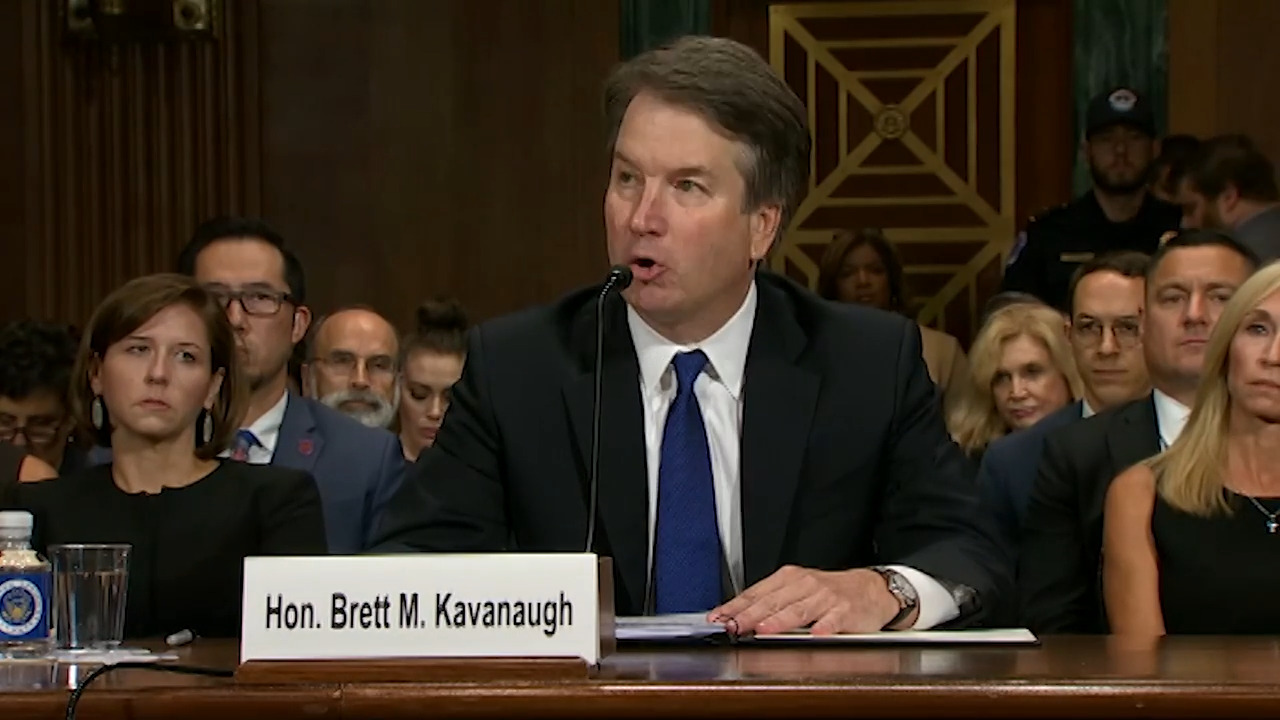 Democratic senators brought up Kavanaugh's yearbook as they questioned him about Ford's allegation of sexual assault when they were teens. Kavanaugh denied the allegation.

The senior senator from South Carolina also had pointed words for any Republican senator who was considering not voting to confirm Kavanaugh.

“To my Republican colleagues,” Graham said. “If you vote no, you are legitimizing the most despicable thing I’ve ever seen in my time in politics.”

In front of the Senate Judiciary Committee, Kavanaugh adamantly defended himself against all sexual misconduct allegations.

“I swear today under oath before the Senate and the nation, before my family and God, I am innocent of this charge,” Kavanaugh said.

Sen. Thom Tillis, R-N.C., recalled that Kavanaugh “was mad” during the hearings.

To watch “The Confirmation Chronicles: Vol. 3” go to Fox Nation and sign up today.