BMW hasn't launched a new electric vehicle in the US in quite some time.

It brought the i3 hatchback to market seven years ago when the mainstream EV market was still in its earliest stages. Since then, loads of economy and luxury brands have stepped into the space and EV startups have come and gone, but the Bavarian brand has stayed relatively quiet.

All that is about to change, however. BMW on Wednesday unveiled the iX, the carmaker's new flagship electric SUV that's set to hit US streets in 2022. The X5-sized SUV sports plenty of range, two motors with enough power to hit 62 mph in under five seconds, and some controversial styling features — like BMW's new and enlarged version of its classic kidney grille.

Although the iX is BMW's first purpose-built electric SUV, the brand's parent company, the BMW Group, has made headway on its goal to offer 25 electric and hybrid vehicles by 2023. It launched the $30,000 Mini Cooper SE last fall, and the non-US-market iX3 this summer.

Take a closer look at the iX — BMW's answer to the Audi E-Tron and Tesla Model X — below.

BMW hasn't released all the details of the iX yet, but here's what we know so far about the electric SUV. 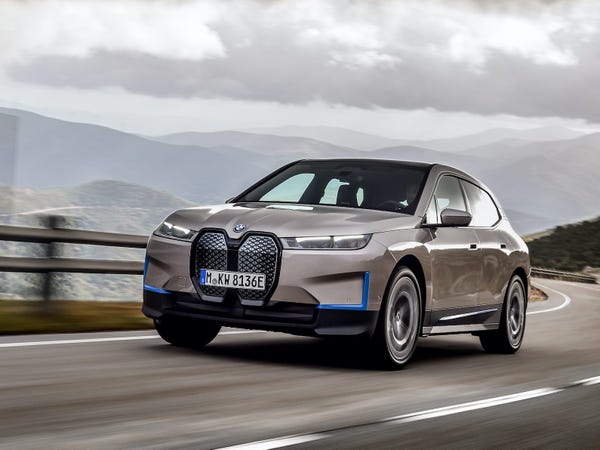 It's based on a new, adjustable platform and electric powertrain that BMW will use for other vehicles. 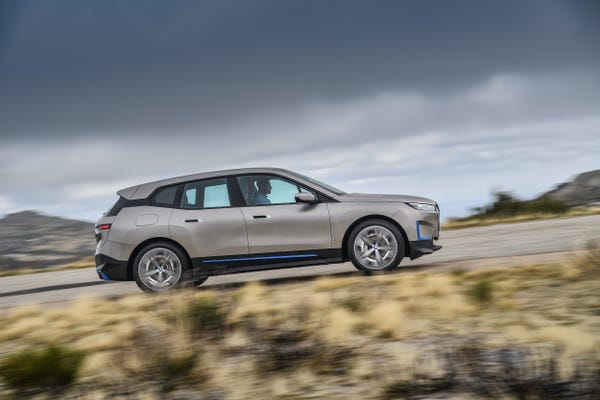 The SUV will have two motors — one at each axle — that provide more than 500 horsepower, according to BMW. 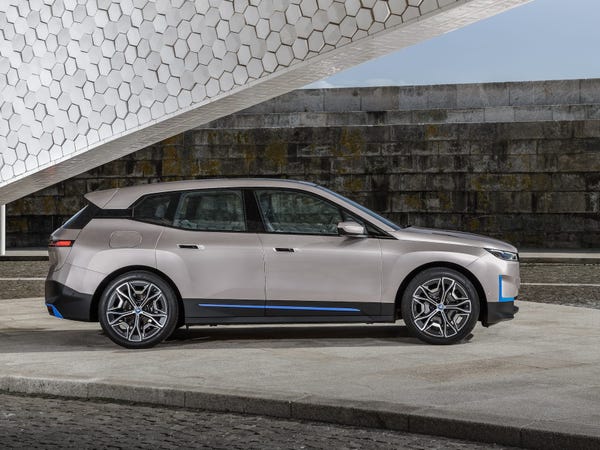 BMW claims the iX will accelerate from 0-62 mph in under five seconds, potentially rivaling the Model X Long Range Plus, which hits 60 in a claimed 4.4 seconds. 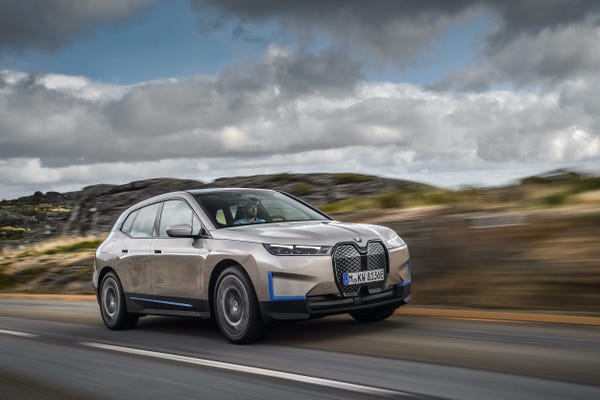 BMW is aiming for an EPA-estimated range of more than 300 miles. 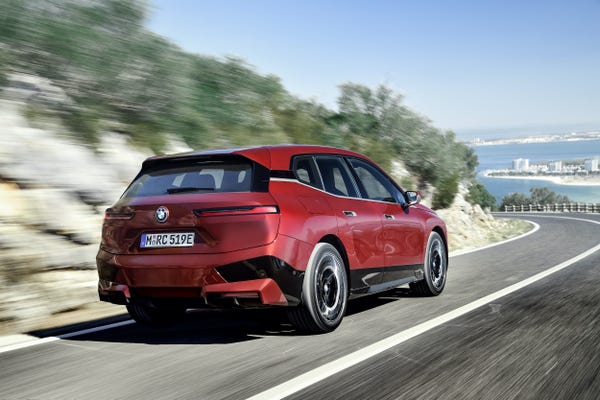 The battery can be charged from 10% to 80% in under 40 minutes, and drivers can add 75 miles of range in ten minutes of charging. 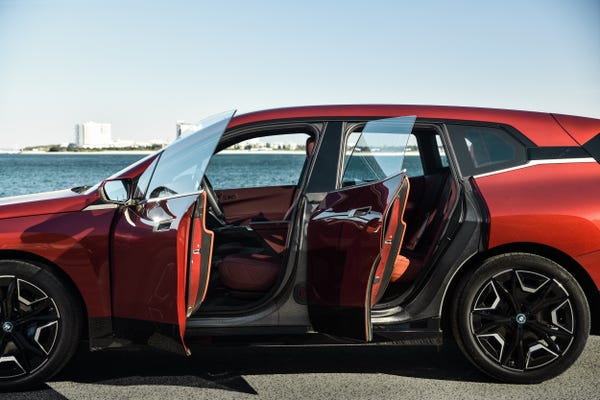 As far as styling goes, the iX is definitely eye-catching. 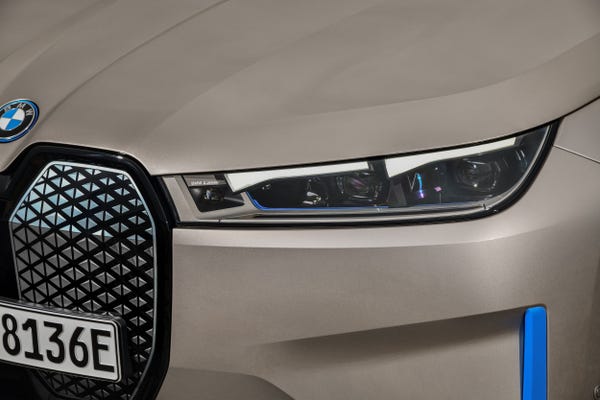 It sports the same gigantic, polarizing kidney grille that adorns the latest M3 and M4. 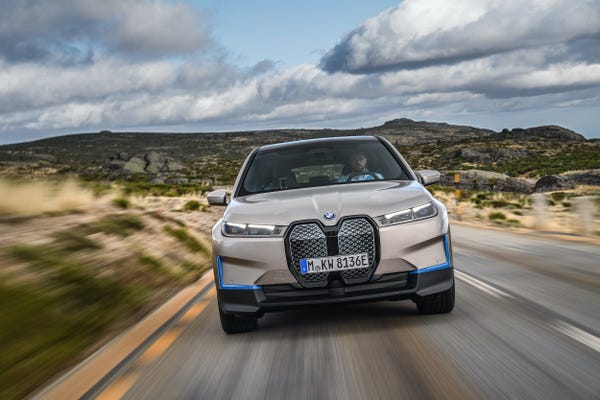 But, seeing as the powertrain doesn't require that much cooling, the grille hides the iX's cameras, radar, and other sensors instead of pulling in air. 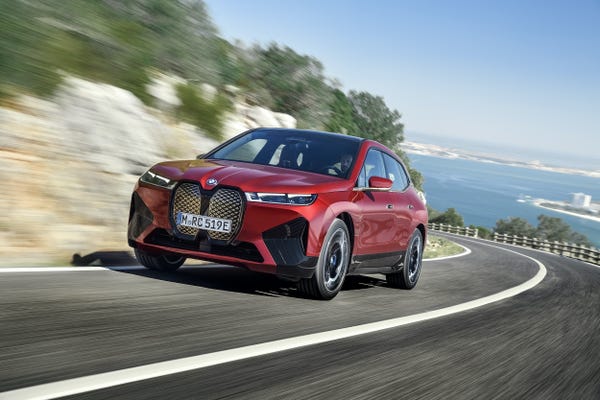 The iX's interior is refreshingly minimal. 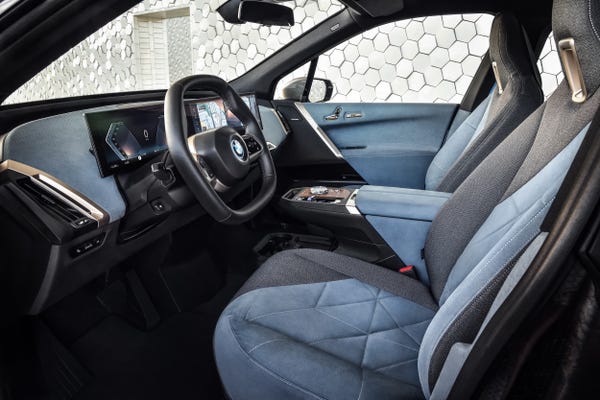 There's a curved display for the infotainment system and gauges. 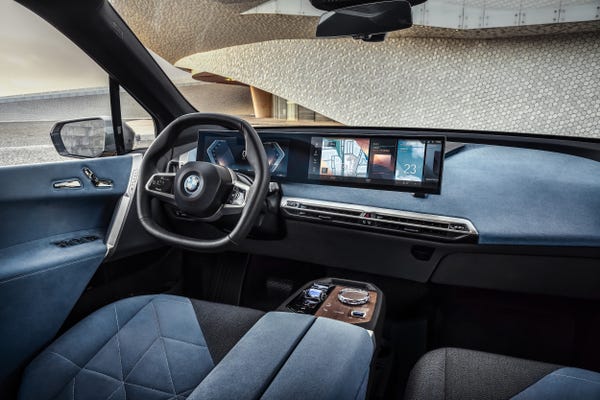 And between the seats, there's a knob for the infotainment system and a rocker switch for changing gears. 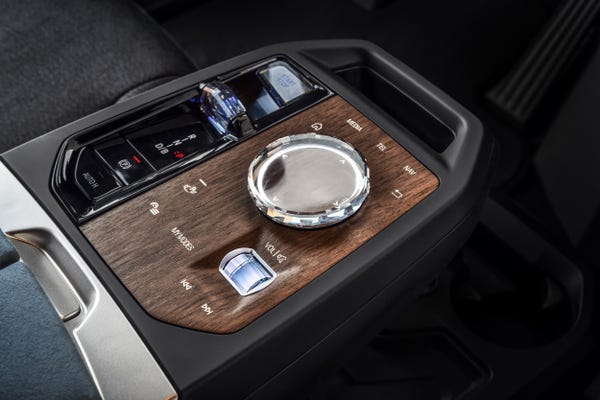 BMW says it constructed a large portion of the interior out of "recycled and natural materials." 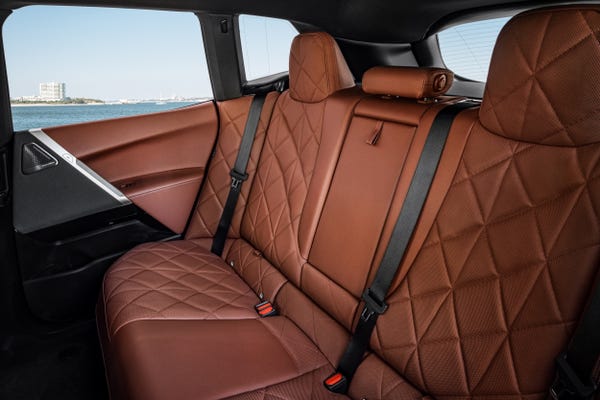 And some of these initial photos show a cool design pattern on the seats. 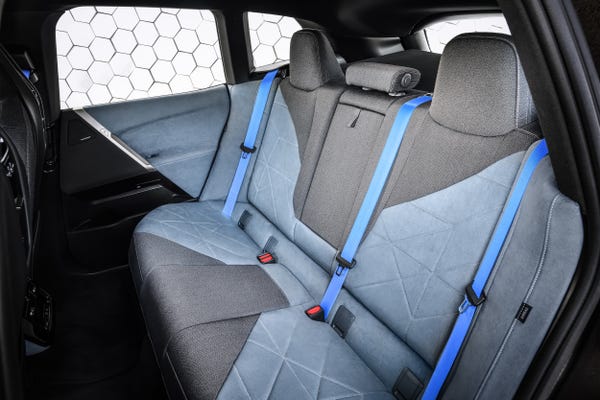 The iX goes into production in the second half of 2021 and is set to hit US dealerships in 2022. 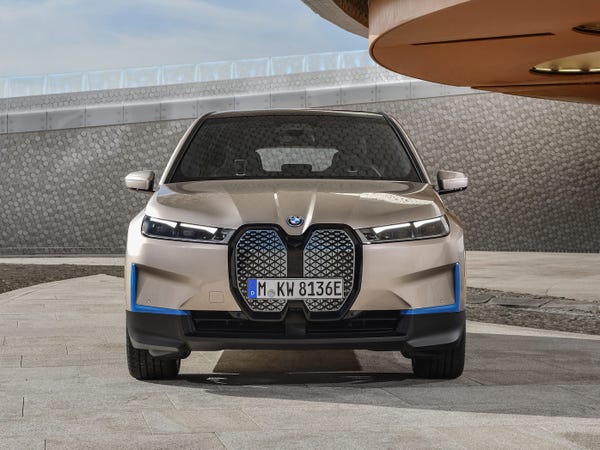