Gravity Industries was first launched in March 2017 with Richard Browning as its founder and chief test pilot. Within 1.5 years of Gravity Industries' debut, the company held over 90 test flights across 30 countries and has partaken in events from car launches to the opening of Japan's baseball season, according to Gravity Industries and a Business Insider interview with Browning.

Now, the innovative company has taken its jet suit into a new trade by trialing it for emergency medical use. Keep scrolling to see how:

GNAAS approached Gravity Industries about nine months ago, Browning told Business Insider in an interview. The test flight was then conducted at the UK's Lake District with the objective of trailing the possibilities of a jet suit-capable paramedic. 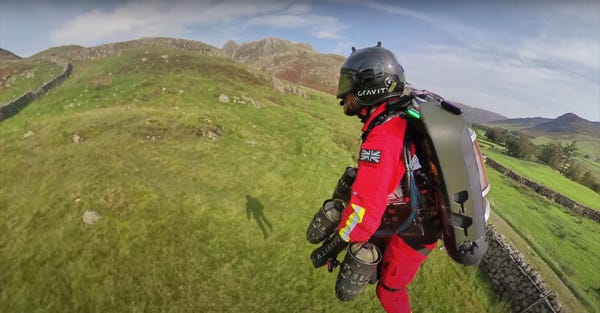 According to Gravity Industries, the jet suit trial location was around the area where the helicopter emergency services charity receives dozens of calls every month. 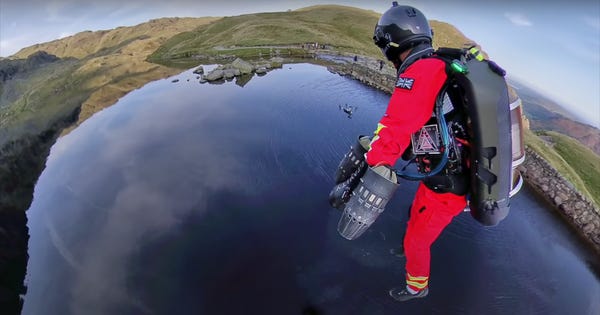 For the test, Browning flew from the bottom of a valley to a simulated victim site based on real incidents. 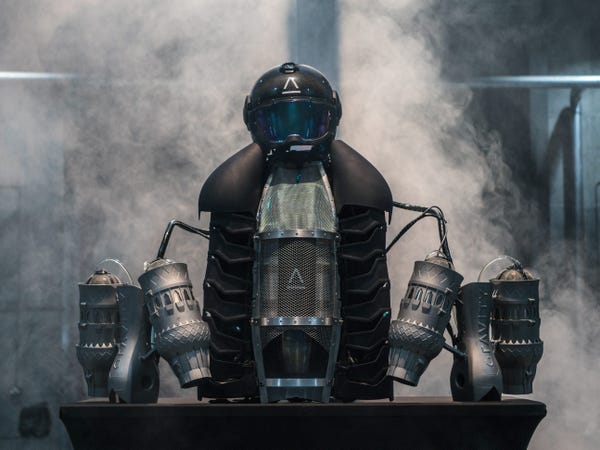 The hike to the fake victim site would have taken about 25 minutes, but instead, the jet suit completed the trek in 90 seconds, according to a news release from Gravity Industries. 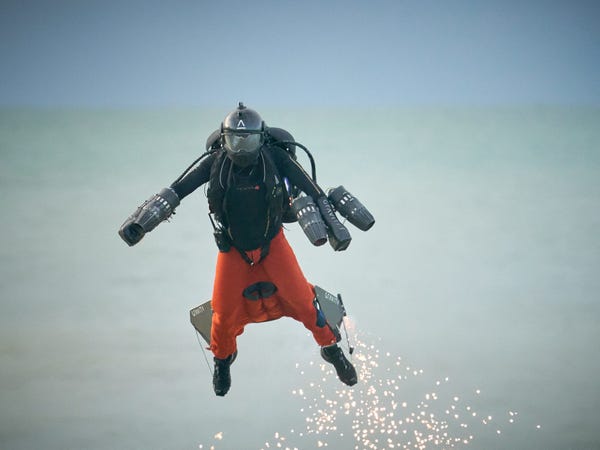 GNAAS and Gravity Industries' test flight was aired on YouTube on September 29, and the video now has almost 700,000 views. 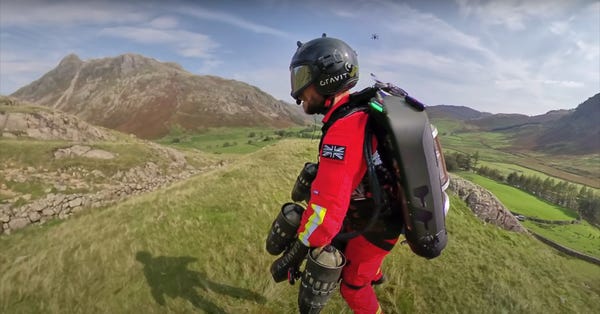 "The potential is just huge," director of operations and paramedic at GNAAS Andy said in the video. "A jet suit that's going to save lives and ease suffering." 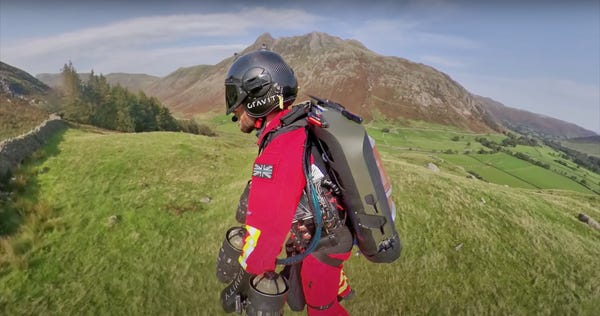 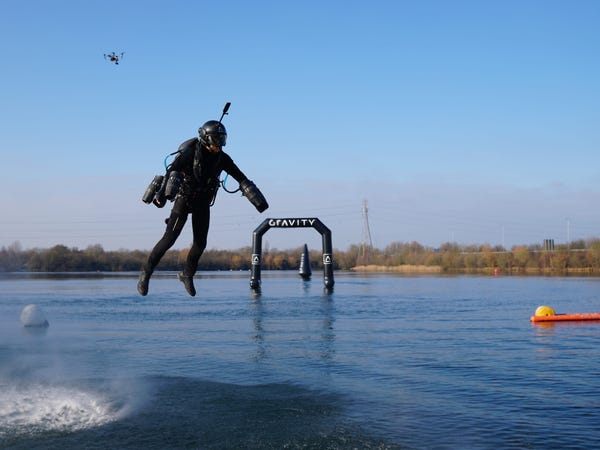 "[The jet suit paramedics] don't take the victim to the hospital, but they provide allthe important initial triage assessment and stabilization, which I've learned [is the] most critical stage," Browning said. 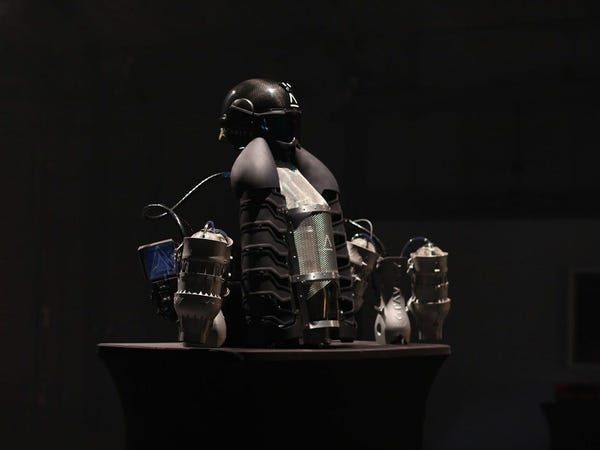 By using a jet suit paramedic as a preliminary assessor, the charity could save money by not having to employ a helicopter as frequently, according to Browning. 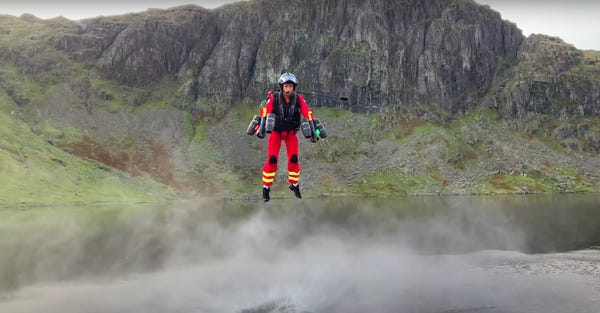 GNAAS and Gravity Industries are now "exploring the next steps," according to the news release. 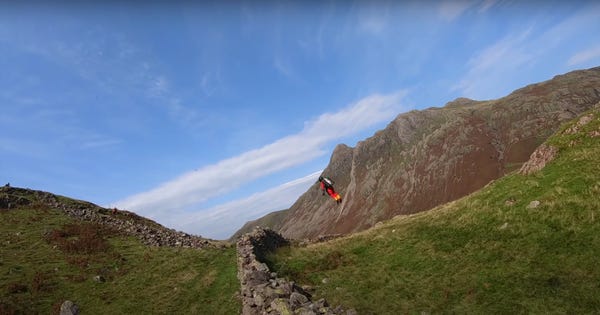 "In a time in healthcare when we are exhausted with COVID-19 and its effects, it's important to still push the boundaries," Mawson said in a statement. "This is about looking at supplementing [our aircraft and mountain rescue teams] with something completely new." 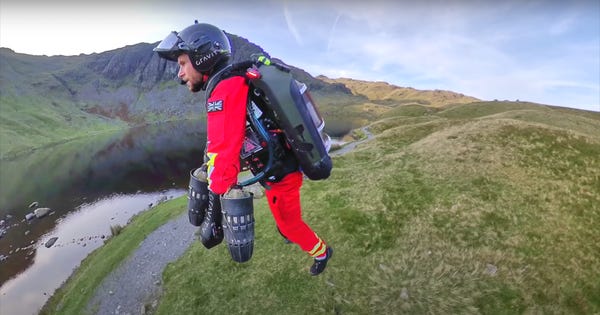 Since the video was released online, Gravity Industries has been contacted by over a dozen search and rescue organizations, according to Browning. Now, Browning hopes to have a real jet suit paramedic working in the field by next summer. 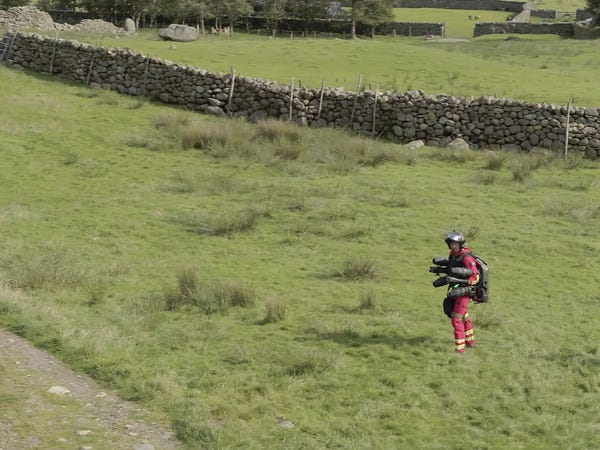 "I think what that film actually did is shuffle us in some people's minds from something fun and a bit superhero to something that actually has real practical serious applications," Browning said.

When Gravity Industries was first launched, Browning did not expect to eventually use the jet suit in a medical setting. 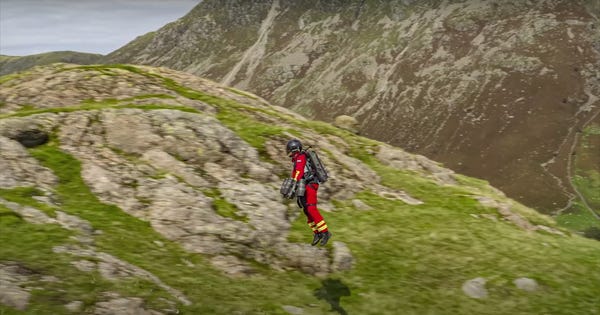 "I'm more familiar with my background with the military application, but I hadn't really stopped to think that much about the paramedic side of things," Browning said. "But our ethos is very much one of not being afraid to go and try stuff." 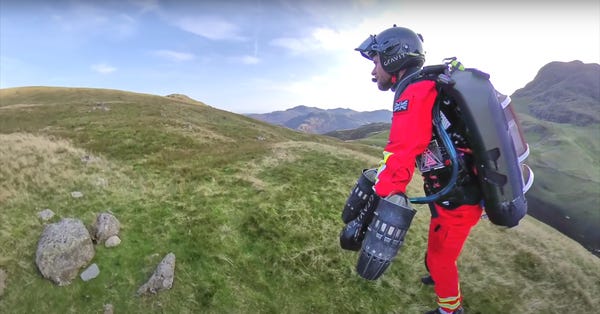 Gravity Industries' 1050 brake horsepower jet suit can travel up to 50 miles per hour. 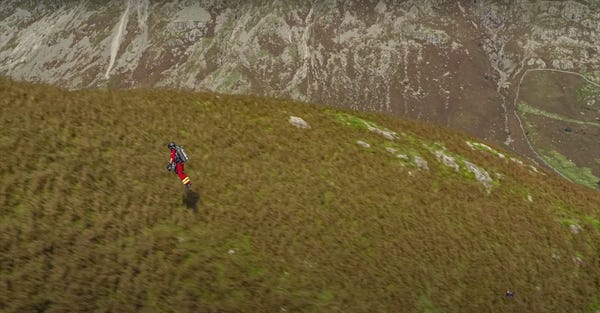 The company currently has five suits that can sustain flight for up to four minutes long, although the suits have the capability to continue flying for up to 10 minutes, according to its maker. 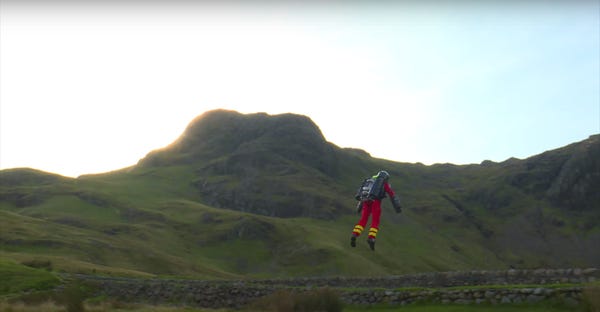 The jet suit, which can be seen gliding across rolling hills and mountains in the YouTube video, can travel upwards of 12,000 feet, although this is "limited for safety reasons," according to the company. 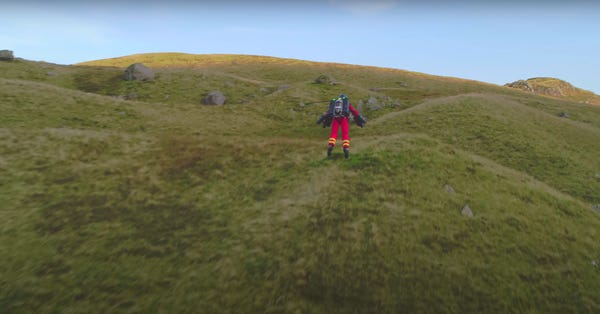 The jet suit weighs around 55.12 pounds and can be filled with another 22.05 pounds of either diesel, kerosene, or jet fuel. The direction can then be adjusted by changing the direction of the suit wearer's arm. 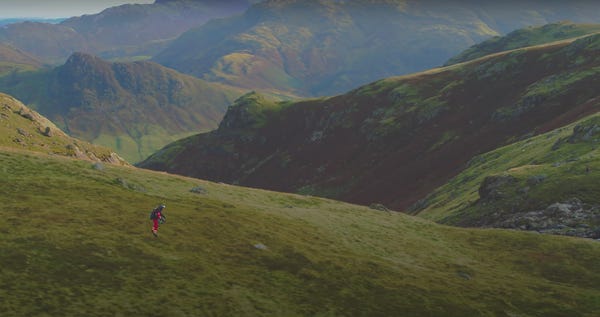 "I have a strong suspicion that the jet suit will have a role because we can provide that motorcycle-type speed and speed of response, but in three-dimensional space across any terrain in any weather conditions, night or day," Browning said. "It's hard to imagine that not having useful applications." 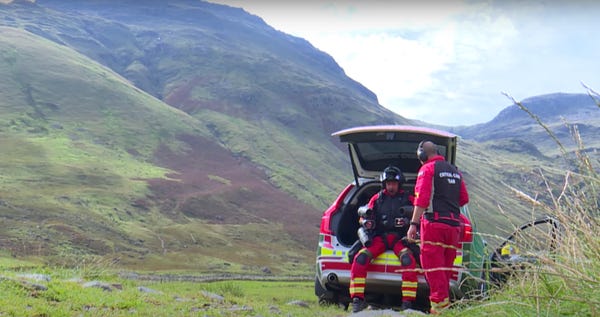