Nikola founder: Partnership with GM will bring $10B of savings for our company

It looks like investors will need to remain patient as conversations between Nikola Corp. and General Motors are continuing after a strategic partnership agreement was announced in September.

"The transaction has not closed, and Nikola is continuing its discussions with General Motors," the company wrote in its third-quarter earnings report Monday. "Nikola will provide further updates when appropriate or required."

The deal may provide GM with an 11% equity stake in the electric vehicle maker in exchange for "various in-kind services."

GM RECALLS 217,000 VEHICLES TO FIX LEAK THAT CAN STOP TRAVEL

"As you're aware, we've been in ongoing discussions with Nikola about a commercial transaction. The transaction has not yet closed, and we will provide further updates at the appropriate time," Barra said on GM's earnings call.  "We are exploring all opportunities to commercialize our Ultium battery system as well as the Hydrotec hydrogen fuel cells we have developed with Honda. We have invested heavily in developing and manufacturing fuel cells. Commercialization of our Ultium battery system and hydrogen fuel cells reflects that commitment and our commitment to a 0 emissions future."

If a deal is not closed by Dec. 3, either party can terminate it.

General Motors previously announced it would collaborate on Nikola's Badger pickup truck as part of the partnership. Tesla is also building its Cybertruck.

Former executive chairman Trevor Milton told FOX Business that the company expects the partnership with GM to result in almost $10 billion in savings across the board. In September, Milton left the company after allegations of fraud.

Nikola's new CEO Mark Russell noted that the company also made "significant progress on key milestones" in the third quarter, including delivering on its commitment to assembling the first Nikola Tre BEV prototypes, and working with its customers on prospective and previously announced BEV truck orders.

The company said it began assembling the first five Tre electric trucks at vehicle manufacturer IVECCO's Ulm, Germany, plant and that it remains on track to start production in late 2021. 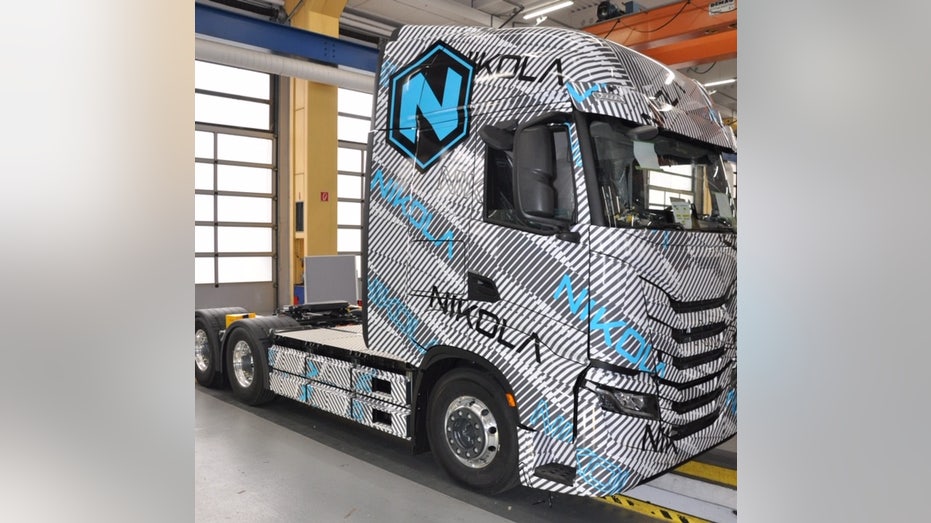 In addition, the company has broken ground on a plant in Coolidge, Ariz., which is on track to be completed toward the end of 2021. Based on the company's current construction rate, trial production is expected to start in the late second quarter or early third quarter of 2021.

"I look forward to building on our momentum as we execute our strategy and lay the groundwork to become an integrated zero-emissions transportation solutions leader," Russell added.

Going forward, the company said it "remains committed to its goal of announcing potential collaboration partners concerning electricity procurement and the rollout of hydrogen fueling infrastructure" and that it expects to make continued progress on the development of the Tre BEV and construction of its Coolidge facility.

Nikola added that it assumes “long-term objectives will not be materially affected by COVID-19," and that it will continue to provide progress updates across its entire product portfolio.