Avocado wholesaler Mission Produce went public Thursday, and shares popped more than 20%.
The strong debut follows those of plant-based coffee creamer maker Laird Superfood this month, as well as the completion of a blank check merger that brought potato chip and snacks company Utz to Wall Street. And pasture-raised egg producer Vital Farms has nearly doubled since its IPO in late July.

Food companies, particularly those that make healthier products, are looking to cash in at a time when more Americans are paying closer attention to what they eat — as well as where and how it is produced.
“There are a lot of tailwinds pushing the food category due to health and wellness trends,” said Mission Produce CEO Steve Barnard in an interview with CNN Business.

Barnard noted that avocados are a so-called superfood that is full of vitamins and nutrients. Avocados are also a staple of the diet in Mexico and Latin America, making them a popular product for Hispanic Americans. The company primarily produces avocados in California, Peru and Mexico.
And yes, Barnard also pointed out how avocado toast is beloved by Millennials. Sales have risen slightly so far in fiscal 2020 and the company is profitable. 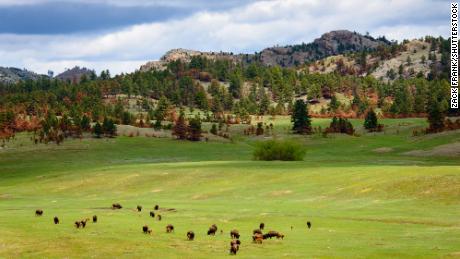 Other food companies are looking to cash in on Wall Street’s growing appetite for agricultural stocks, too.
“We need 50% to 70% more food by 2050 for a rising middle class around the world,” said Jonathan Webb, CEO of AppHarvest, a sustainable farming company in Kentucky that grows tomatoes and other produce in indoor farms.
AppHarvest is going public through a merger with a blank check company named Novus Capital.

“We want to build the largest controlled indoor agriculture company and do it in central Appalachia where water is abundant,” Webb told CNN Business.
The company has attracted some high-profile backers: Mutual fund giant Fidelity is an investor, while Martha Stewart and Impossible Foods CFO David Lee are on AppHarvest’s board.
Source: Read Full Article