DoorDash is getting ready to go public.

The third-party delivery service filed for an initial public offering with the Securities and Exchange Commission, capitalizing on the app-based delivery boom caused by people staying at home during the pandemic.

The San-Francisco based company will list its shares on the New York Stock Exchange under the stock ticker, DASH.

Founded in 2013, DoorDash is one of the main technology-driven delivery players with more than 18 million customers and 1 million “dashers” who deliver the food from its merchants. Its mission is to enable brick-and-mortar businesses to thrive “in an increasingly convenience-driven economy with rapidly evolving consumer expectations,” according to its Form S-1 Registration Statement.

CEO of DoorDash, Tony Xu, said that he founded the company in pursuit of helping small restaurants and local community workers to “fight the underdog” and succeed even in troubling and changing times like today.

“While small businesses are vital to our communities and created approximately two-thirds of net new jobs in the United States from 2000 to 2018, they now risk being left behind in the convenience economy where consumers have become accustomed to obtaining everything in a few clicks, a trend that has only accelerated in a COVID world,” Xu said in a letter attached to the IPO prospectus.

As a Chinese immigrant, Xu created DoorDash to empower those like his mom, “who came here with a dream to make it on their own.”

DoorDash’s operational playbook will hinge on its logistics platform that can facilitate the local deliveries, merchant services to grow sales in the modern era through customer acquisition, insights and analytics, payment processing and customer support, as well as its membership program, DashPass. DashPass is a membership program where customers can pay a flat monthly delivery fee at around $9.99 for unlimited deliveries primarily from restaurants. 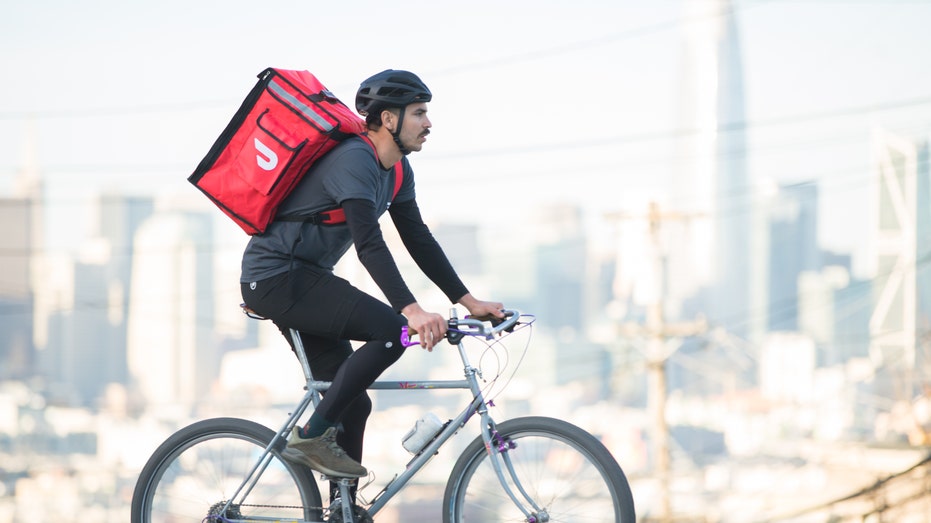 As the leading food delivery service in the United States, DoorDash's revenue more than tripled in September from a year earlier. Robust revenue earnings year-over-year show the company’s growth, with a net income of $23 million for the first three months of the pandemic by the end of June, although its increasing expenses have nipped the company’s profitability. In addition to incurring a net loss in each year since its founding, it reported a net loss of $667 million in 2019 and $149 million within the first nine months of 2020.

DoorDash’s IPO is poised to compete with the other major delivery services like UberEats, Postmates, Seamless and GrubHub.

Stocks in this Article

Although DoorDash is primarily a third-party delivery service for food, it anticipates that its services will “become a wallet for the physical world where a customer can not only access restaurants” but local businesses in their community, which suggests an expansion to all of the convenience economy in the future.

It wouldn’t be the first time a food delivery app has dabbled beyond the norms. Most recently, Postmates announced that it will launch a new retail platform ahead of the holiday season, where customers can get instant delivery on anything from beauty and wellness products, clothing and home goods. Postmates has also partnered with Walgreens while Instacart has linked arms with 7-Eleven.

Prior to DoorDash’s move to go public, it announced a partnership with Sam’s Club to provide same-day deliveries on prescription drugs.

The company’s announcement to make an IPO comes after a big win for the gig economy and delivery companies in California, where voters passed Prop 22, exempting delivery providers from having to reclassify their drivers as employees. The law would have made hiring drivers more expensive with added costs like health care and sick days, further impeding cash flows as DoorDash aims to become profitable.