The bank is working with Affinity Capital Exchange (ACE) to let companies turn rewards programs into a standardised, exchangeable currency to be traded by fund managers and used as collateral to raise capital, according to a statement on Thursday. Through the partnership, massive loyalty programs can be converted into pieces, or "reserve points," sold to investors like hedge funds or banks on the ACE marketplace, and later traded on the same venue.

"We're essentially creating an asset class," Andreas Pierroutsakos, a managing director at JPMorgan, said in an interview. Traditionally, companies sell points directly to banks. "But there are many other investors that want access," he said. "This is opening the door for that." 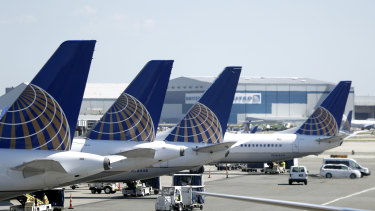 United Airlines sold $US6.8 billion of bonds and loans backed by its MileagePlus program in June.

Frequent-flyer programs generate billions in revenue for the largest airlines through agreements in which carriers sell their points to banks which award them to credit-card customers.

Pledging miles programs as collateral for debt financings has become a popular way for cash-strapped airlines to raise funds to get them through the pandemic. Using the ACE platform, a company could pledge a slice of its loyalty program as collateral instead of the entire thing.

"In an ideal world, reserve points become the way that people get exposure to loyalty programs and the instrument becomes a key part of how issuers of loyalty programs finance and sell across the capital structure," said Akrati Johari, co-head of North America digital innovation in JPMorgan's corporate and investment bank.

Pierroutsakos likened the project to the leveraged loan-market. Initially, banks were the only ones that bought and sold the loans. Now, the loans are traded among investors.

Through the agreement, JPMorgan has the exclusive right to help companies issue instruments backed by reserve points using ACE's points-exchange platform. The New York-based bank is also assured the same pricing terms as other investors in the secondary market.

United Airlines sold $US6.8 billion ($9.5 billion) of bonds and loans backed by its MileagePlus program in June, increasing the financing from a planned $US5 billion after receiving strong investor demand. In September, Delta Air Lines borrowed $US9 billion against its frequent-flyer program in the largest airline debt sale on record.

ACE and JPMorgan are looking to take things a step further.

"Think of it as a way to take emergency financing and make it recurring, renewable source of liquidity, not a once-and-done event," said ACE CEO and founder Atanas Christov.