Japanese Prime Minister Yoshihide Suga said the government will do all it can to help the economy recover, signalling his readiness to compile another stimulus package to cushion the blow from the coronavirus pandemic.

Laying the groundwork for more spending, private sector members of a key government council urged Suga's administration to put together measures to support the economy, financed by an extra budget of "sufficient size" by the end of the year. 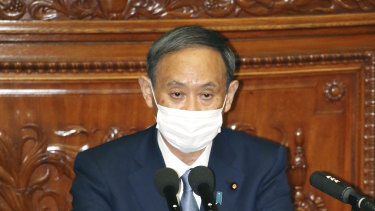 "We'd like to come up with measures to put Japan's economy back on a recovery path by deploying all available means in a timely fashion," Suga told the council's meeting on Monday (Japan time).

In a separate meeting with ruling party executives, Suga said he would instruct his cabinet on Tuesday to begin work on a third extra budget, Jiji news agency reported.

After posting its worst contraction in the second quarter since World War Two, Japan's economy is expected to have rebounded in the three months through September.

But the recovery has been fragile, keeping policymakers under pressure to top up fiscal and monetary support.

Although the size of the package has yet to be decided, requests from ruling party lawmakers have ranged between 10 trillion yen ($130 billion) and 30 trillion yen.

That will come on top of a combined $US2.2 trillion ($3 trillion) rolled out in two earlier stimulus packages this year, which would strain Japan's already tattered finances.

Suga's comments at the meeting followed a separate proposal from the private-sector members for the government to show more leadership towards drafting international rules for achieving a carbon-neutral society, and in promoting "green" innovation. 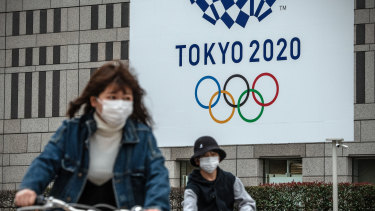 After falling to its deepest postwar slump in the April-June quarter, Japan’s economy has shown some green shoots but is still in a perilous state. Credit:Getty

"By aiming for innovation focused on de-carbonisation, business opportunities will be created and quality of life should be improved," the members said in a statement.

Suga unveiled a major shift in the government's position on climate change in a policy address to parliament last month, pledging to cut greenhouse gases to zero by 2050 and to make Japan a carbon-neutral society.