A full economic recovery is unlikely until people are confident that it’s safe to resume their normal activities, US’ central bank chief Jerome Powell has said, noting that all Americans can play a role in the nation’s response to the coronavirus pandemic by wearing masks and following social distancing guidelines. 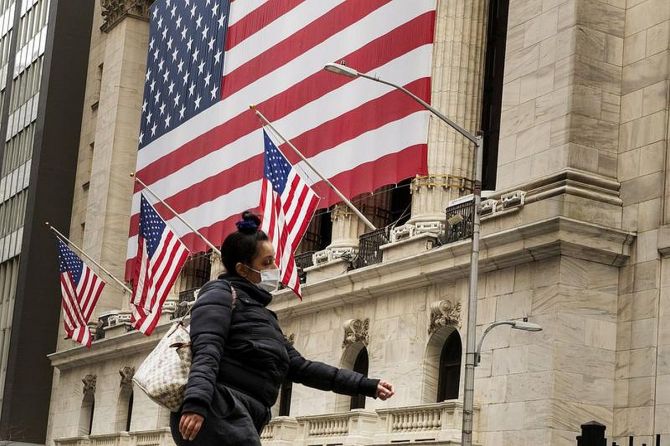 “All of us have a role to play in our nation’s response to the pandemic.

“Following the advice of public health professionals to keep appropriate social distances and to wear a mask in public will help get the economy back to full strength,” Federal Reserve Chairman Jerome Powell said on Thursday.

“A full economic recovery is unlikely until people are confident that it’s safe to re-engage in a broad range of activities,” he told a news conference in Washington.

The Federal Reserve’s response to the economic crisis has been guided by its mandate to promote maximum employment and stable prices for Americans, along with its responsibilities to promote the stability of the financial system, he said.

Noting that the coronavirus pandemic has left a major impact on the US economy, Powell said economic activity in the country has continued to recover from its depressed second-quarter level.

The reopening of the economy has led to a rapid rebound in activity and real GDP rose at an annual rate of 33 per cent in the third quarter. In recent months, however, the pace of improvement has moderated, he said.

While the housing sector has fully recovered from the downturn, supported in part by low mortgage interest rates, business investment has also picked up.

However, Powell cautioned that the overall economic activity remains well below its level before the pandemic and the path ahead remains highly uncertain.

In the labour market, roughly half of the 22 million jobs that were lost in March and April have been regained as many people were able to return to work, he said.

As with overall economic activity, the pace of improvement in the labour market has moderated; the unemployment rate declined over the past five months but remained elevated at 7.9 per cent as of September.

Still millions of Americans remain out of work, he said.

“The economic downturn has not fallen equally on all Americans, and those least able to shoulder the burden have been hardest hit.

“In particular, the high level of joblessness has been especially severe for lower-wage workers in the services sector for women and for African-Americans and Hispanics. The economic dislocation has upended many lives and created great uncertainty about the future,” the Fed chairman noted.

Powell said the coronavirus pandemic has also left a significant imprint on inflation.

Following large declines in the spring, consumer prices picked up over the summer, in part reflecting a rise in durable goods prices.

However, for those sectors that have been most affected by the pandemic, prices remain particularly soft.

Overall on a 12-month basis, inflation remains below its two percent longer-run objective, he said.