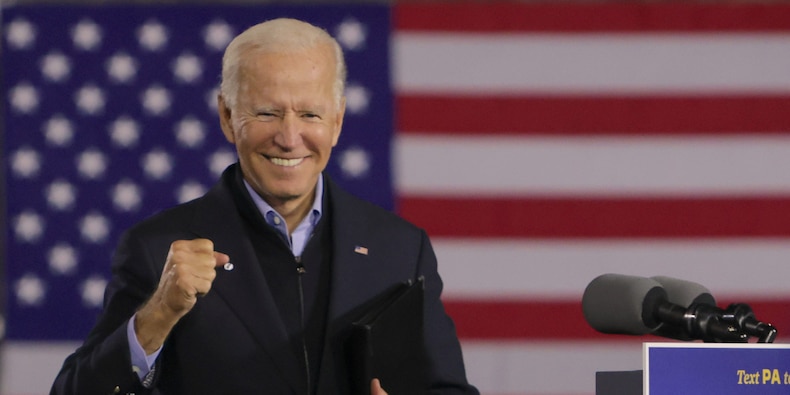 The world’s largest money manager says investors would be wise to strategically re-position their portfolios ahead of  Tuesday’s presidential election.

Specifically, investors should be open to more risk while diversifying out of mega-cap technology stocks in the event that the Democrats pull off an election sweep to control both houses of Congress as well as the White House, BlackRock strategists said in a note to clients Monday.

“A democratic sweep outcome in the election would tip us to a more pro-risk stance overall, strengthening our conviction that a cyclical upswing will benefit risk assets over a 6- to 12-month horizon,” BlackRock wrote, citing “significant financial expansion” as the main catalyst.

Accordingly, the firms suggests investors favor smaller sized companies and emerging market stocks instead of a larger stake in stocks that have fueled market growth this year, like large-cap technology companies: “A repeat is unlikely in 2021,” BlackRock says of 2020.

Read More: Warren Buffett’s Berkshire Hathaway swung from extreme caution to a flurry of deals in 6 months. We asked a bunch of experts to analyze its shifting strategy

What’s more, anti-trust review could be more strenuous for large technology and pharmaceutical firms under a Biden administration, BlackRock says, but a boost in infrastructure spending would benefit material and industrial companies, which tend to be smaller in size.

“We expect a cyclical upswing over the next six to 12 months,” the firm said.

Outside of the US, BlackRock believes emerging market stocks could perform strongly under a Democratic sweep scenario, on the basis that a surge in fiscal spending could help boost global growth. On top of that, “more predictable” trade and foreign policy from the US and a weaker dollar would bode well for emerging market stocks.

Still, a “blue wave” is not certain, and a Biden or Trump win with a divided Congress could very well materialize on Tuesday.

In the event of a Biden win and Republican majority in the Senate, more gridlock is possible, as well as a scaled back fiscal stimulus deal. Infrastructure spending would also likely be muted, tax rates would not increase, and foreign trade and policy measures would be more predictable.

Alternatively, a Trump win and a divided Congress could result in no changes to regulations, a muted fiscal stimulus deal, and unpredictable foreign and trade policy measures. In this scenario, expect technology and high quality stocks to keep performing strongly, while emerging market and European stocks are likely to underperform.

And if the election is contested, BlackRock concluded that investors should take advantage of a sell-off in stocks by adding to their high-conviction positions, as the uncertainty behind the outcome of the election will ultimately be resolved.

Read More: An unusual wrinkle in Wall Street’s fear gauge is warning that the upcoming election could trigger a prolonged period of stock-market chaos – one that’s much worse than the aftermath of 2016